New movies and TV shows to watch this weekend 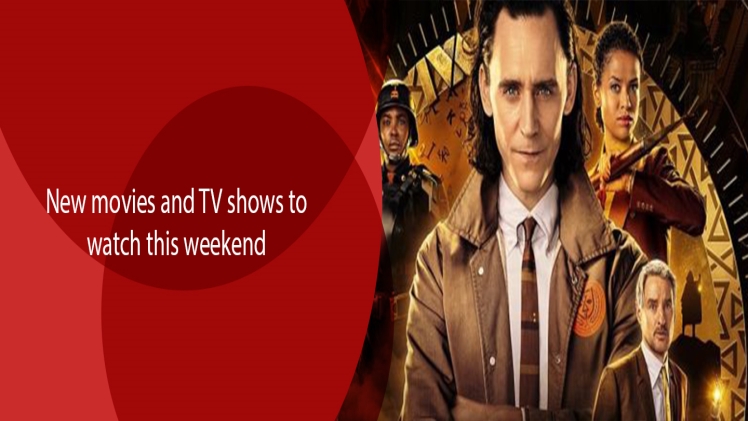 With the forthcoming fall season, the release of various exciting TV shows and jaw-dropping movies skyrockets, this weekend especially brings a bulk of season premiers on various platforms including Netflix, HBO and other valued streaming services.

There are a variety of TV shows and movies to choose from, here we have rounded off the best picks for you to indulge in:

The final season of the saga with the devil’s touch finishes off in its flamboyant yet enthralling style. As the show states, all good things must come to an end – as well as the bad ones. On the cliffhanger of its final musical episode in season 5, the show finds its main leads Looney Lucifer and her cartoon counterpart Chloe trapped in an extremely different type of hell. We can’t come up with reasons to miss it.

This engaging musical narrates the true story of events of the ill-fated 7000 people who found themselves trapped in the very small town of Gander. Newfoundland at a time when all the flights into the United States have been halted following the events that transpired on 11 September 2001.

The story focuses on a titular killer, Mary Elizabeth Winstead, who was brought up and trained by her handler named Woody Harrelson. A noticeable trait of the assassin is never to commit a murder in front of a child which she abolishes by killing a yakuza thug while her little daughter watches with terror.

The thriller direct by Ryan Murphy can be termed as a true crime anthology that focuses on a huge infamous scandal which was the impeachment of President Bill Clinton.

The Circle – Premiering on Netflix

The new season of the social media-based reality show, the Circle introduces a new cast of players to play the game but now everyone is aware of how the cunning game is played which results in this season being even more reckless and aggressive as ever. Trust us, you will get hooked to the show.

Golden hour, the Grammy award-winning album by Kacey Musgraves, follows up by releasing another album with an astounding journey of heartbreak and healing known as star-crossed which is available now.

2021 MTV Video Music Awards – Can be watched on MTV

The MTV Video Music Awards are set to return in New York from the renewed Barclay’s Centre with a live audience in full capacity. The host of the show is Doja Cat the rapper who is also nominated for the Video of the Year award. In the light of honoring the ethnic history of the United States of America, a new moon person trophy is designed by artist Kehinde Wiley.

In addition to this, the show will be graced by the performances of Alicia Keys as well as Ed Sheeran and Olivia Rodrigo followed by a lot of others.

Scenes from a Marriage – Premiering on HBO

Everyone understands the blooming chemistry between actress Jessica Chastain and actor Oscar Isaac which will be in its full zest and zeal our in “Scenes from a Marriage”. The actors described have already played a romantic role in a previous movie named A Most Violent Year where they easily portrayed the role of a husband and a wife in the remake of a 1973 Swedish miniseries.

Although the roles have been slightly changed now with Mira being a highly earning executive and Jonathan in their daughter’s sole caretaker and the raw emotions portrayed by the characters as their marriage is about to dissolve are extremely affecting to the audience.

If this has excited you then hear us more. With Spectrum Packages you can enjoy HBO and more premium channels in their best form.

American Rust focuses its story on a small town in the districts of Western Pennsylvania which has been engulfed in economic downfall and addiction where the police chief named Del Harris who is portrayed by Jeff Daniels is an addict himself but things are about to heat up when a body is discovered and its investigation is a tough one because it may involve the officer’s long time girlfriend.

Watch It Before You Miss It

All these shows and you are still eating your food alone? Start binge-watching session today!