What Is The Difference Between Speed And Velocity 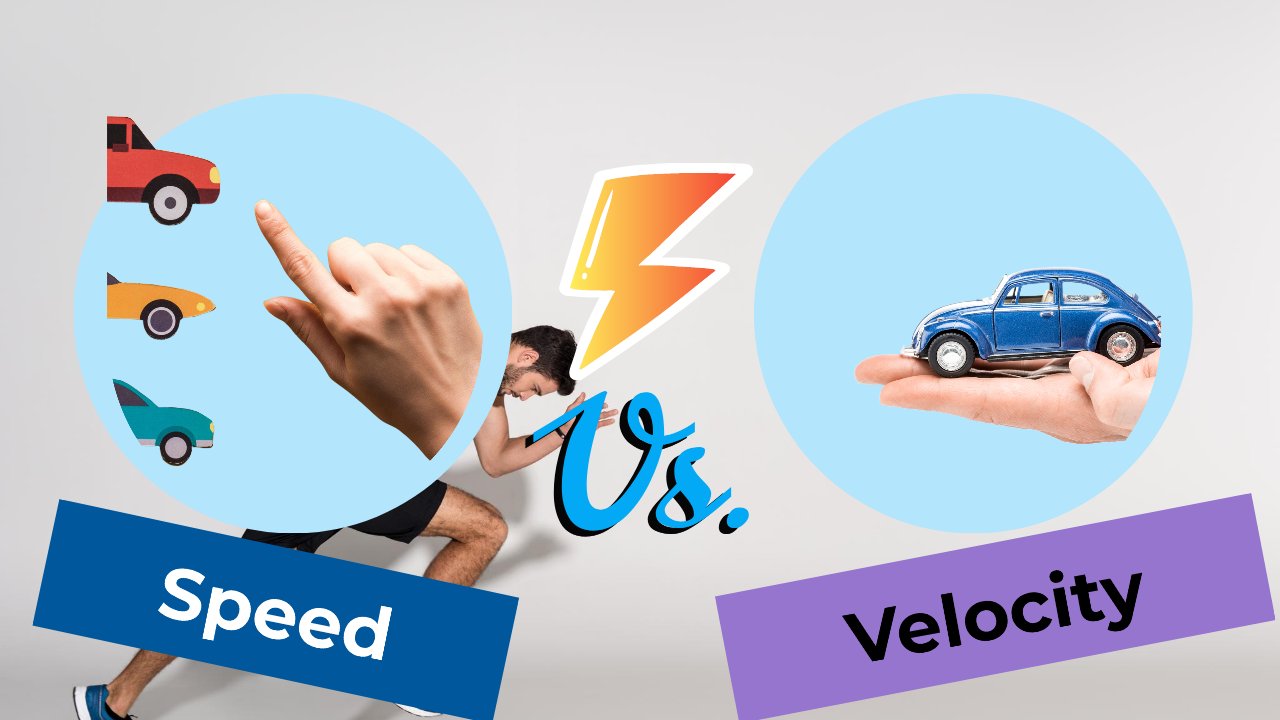 The speed and velocity of an object are often confused as the same quantity by a lot of students, but they do have some underlying differences. The speed of an object is measured in terms of distance, which is a scalar quantity.

However, the velocity is measured in terms of displacement, which is a vector quantity. To understand what is Speed & velocity and this difference in a more elaborate fashion, we will take a look at these concepts in this article.

or x/t, where delta denotes the relative change in the value of the quantity.

Suppose a person is moving in a circular path, where they return to the starting position. This may be considered as some activity, but during this activity, the velocity of that person will be zero. This is because, in the end, that person comes back to the point where he/she has started, and thus there is no change in the value of displacement.

Hence, the velocity of that person becomes zero.

A Comparative Study Between Speed And Velocity

There are different types of speed which are as follows –

When a body is moving at different speeds, then at any instant of time, the speed of that particular body is called instantaneous speed.

We can find this speed on the speedometer of our vehicles. Mathematically, it is said to be “the magnitude of instantaneous velocity that is the derivative of position concerning time”.

Hence, the formula of average speed is

If a body covers an equal distance at an equal interval of time, then the speed by which that particular object is moving is called uniform speed. Uniform speed is indeed a hypothetical concept, and such conditions cannot be achieved in reality because a lot of external factors can also affect the speed of a vehicle.

Relative speed is a term used to compare the speeds of two moving objects. The relative speed of two bodies travelling in opposite directions is the sum of their speeds.

When both the bodies move in the same direction, the relative speed will be the difference in their speed.

Just like speed, velocity can also be classified into various types.

It is the velocity of a body that is travelling in a circular path. If the tangent on any point on its path indicates the direction of the object, so its tangential velocity is a product of the angular velocity and the radius of the circular path of the object.

The velocity of an object at any instant of time is called its instantaneous velocity.

Speed and velocity can be classified into various types. One thing that makes both of them similar is that they both have the same SI unit, i.e., m/s or km/hr.