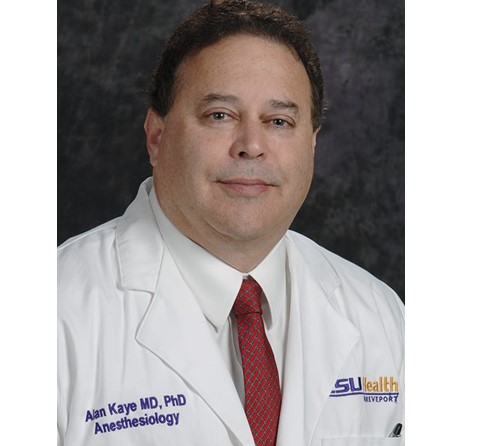 Alan Kaye of Shreveport is A graduate of the University of Arizona, he also holds an MD, a PhD, a DABA, a DABPM, a DABIPP, and a FASA. He was also the Outstanding Graduating Senior in his class, a national finalist for the Rhodes Scholarship, the Honors Student of the Year, and a member of Phi Beta Kappa. He finished his internal medicine residency at the Alton Oschner Clinic and his anesthesia training at Massachusetts General Hospital and Tulane University. He also held the positions of chief resident and president of the Louisiana State Residents Component of the American Society of Anesthesiology. The Texas Tech Health Sciences Center’s Drs. Prithvi Raj, Miles Day, and Gabor Racz were his mentors throughout his pain management fellowship, which he also completed. He holds a particular credential in Pain Management for the American Board of Anesthesiology and is Board Certified as a Consultant in Anesthesiology.

Additionally, Dr Alan David Kaye, MD, PhD, the director of the Pain Fellowship Program, vice chairman of research for the department of anesthesiology, a tenured professor there as well as a tenured professor in the departments of pharmacology, toxicology, and neurosciences for election to the AOA Honor Society. In addition to being the Vice Chancellor of Academic Affairs at LSU Health Shreveport, he also holds the Provost and Chief Academic Officer positions.

May 1997 was the month when Dr. Kaye finished his pharmacology PhD. “Pharmacology of Angiotensin Peptides and Nonpeptide Agonists in the Pulmonary Vascular Bed of the Cat and of the Rat” was the title of his thesis. He won first place in the National Student Research Forum as a resident. He has written or collaborated on more than 200 abstracts, 800 articles, and 250 book chapters in pharmacology, pain management, and anesthesia. Education and instructing medical residents and students have always piqued his attention. He participates in various national committees, such as the National Board of Directors of ASIPP and ABIPP. On the FDA Advisory Board on Anesthetics and Analgesics, he serves as editor-in-chief of the journal Pain Physician and Current Pain and Headache Reports. He has previously served as an associate national board examiner for anesthesia.