Tips to Negotiate with Chinese Supplier for Better MOQ 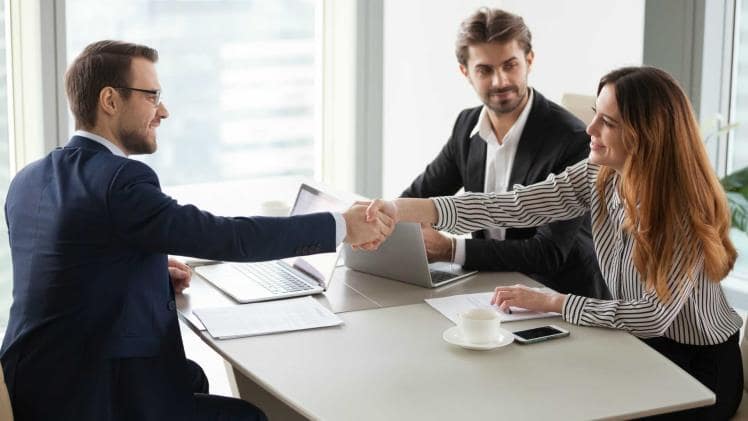 China is regarded as a global factory. However, sourcing from China is more complicated than it seems. Purchasing from Chinese manufacturers presents several difficulties, and the high minimum order quantity (MOQ) is merely one of them. Most likely, if you conduct business with China, you will have to deal with this fact. You might be wondering what the minimum order quantity is if you’re someone who is looking at China as a potential supply market.

What is the Minimum Order Quantity?

The minimum order quantity is the smallest number of units that a company will directly sell to one customer. While a store is pleased to sell only one t-shirt, it isn’t always lucrative to do so. Depending on the product, they will require a minimum order of several hundred or thousands of pieces. Sometimes buyers and suppliers undergo negotiation of MOQ so that both parties are in a win-win situation.

Many manufacturers sell in bulk to wholesalers, who subsequently sell in bulk to retailers under the influence of the minimum order quantity. Then people will go to the store to buy just 1 or 2 of particular items.

Importance of MOQ with Chinese Suppliers

Chinese vendors produce and sell products in large quantities to make up for the narrow profit margins. Additionally, it enables them to manage their production costs and generate a profit.

The businessperson should remember to ask about the MOQ before discussing a procurement order with a supplier in China. In addition to speaking with the supplier directly, a company can learn a lot about its Chinese supplier’s MOQ through their website or from their profile on B2B (business-to-business) marketplaces like Alibaba. This helps in the negotiation of MOQ with the Chinese suppliers.

However, businessmen can’t contact suppliers frequently and check the MOQ. Therefore, most companies hire sourcing agents. This way, even the MOQ that they receive is inspected before shipment is released.

The negotiation of MOQ depends upon the product type. For simple and inexpensive products like pens, matches, pins, etc. MOQ is frequently high. The minimum order quantity for these items is occasionally 10,000 items or more whereas items like glasswork, and plush toys, which are a little more complicated and expensive to produce, are about 1,000 pieces. The MOQ for expensive items like POS display units will probably be 50–200 pieces.

Custom products with incredibly distinct designs require brand-new moulds, which are very expensive. Therefore, during the negotiation of MOQ factories might need to raise MOQ to make up for the costs. Depending on the type and characteristics of the product, the MOQ ranges from 2,000 to 5,000 units.

Larger and reputable factories with a large workforce and numerous audits occasionally offer high MOQs for their goods. They won’t spend the effort manufacturing orders that are below their minimum limit because they will make more money from large orders. Even though they have larger production lines, they are unable to allow the vast machinery to be reset for a modest order. Smaller factories frequently offer competitive quality and are happy to operate at reduced margins.

Small buyers may require a smaller MOQ for a variety of reasons, including verifying the supplier’s production quality, being short on funds, doubting the market potential, etc. However, keep in mind that you should never use these justifications during the negotiation of MOQ with your suppliers. Never let them know your weaknesses. Then, how do you bargain with Chinese suppliers?

Tips to Negotiate with Chinese Suppliers for Low MOQ

Avoid saying to the provider that you are unsure whether the product will sell in the market or that you don’t have enough money to buy more. The provider won’t care about you during this time and will be even less likely to cooperate with you. Rather, you must explain that this is your first purchase from them. You would initially purchase a small order for testing. Suppliers can presume that you truly want to buy rather than just asking the price and can consider accepting your request.

Place an order during low season

Manufacturers also have high and low seasons just like other sectors. It is advised that you place an order during the supplier’s off-season if your order size is less than the supplier’s MOQ and the product lacks any evident seasonal characteristics. Then your provider won’t disregard your order and is more likely to provide you with a reduced MOQ.

Suppliers often won’t accept small orders if your product requires customization, because doing so would require them to obtain specific components/machinery/moulds, etc. You can negotiation of MOQ should be based on a higher unit price with a lower MOQ. Some customers might think it’s silly to attempt to do this, but paying a better direct price will help them to save on shipping, storage, and other costs in the future.

If you want to exert pressure on the supplier, you should let them know that you have other suppliers to consider and that they are not your only option. However, this has to be done without being impolite. Remember Chinese suppliers are strict about their culture and may not attend to rude buyers. You should stay away from the contract if they can’t provide you with a low MOQ. Or let your supplier two to three days to think about it.

Here comes the role of a sourcing agent in China. They can easily convince the suppliers in China because of being from the same country and speaking the same language. A sourcing agent can do all kinds of negotiations, and inspections on your behalf. Since they are from a cultural background, communication may not be a tough job for them.

You must look for other suppliers to negotiate with if you have been unsuccessful with the negotiation of MOQ with this supplier. Keep in mind that when negotiating with the provider, allow some room for things and don’t terminate the negotiation with the other party on bad terms because you may encounter them again in the future. Everything is a negotiation. Simply use the tips above to request a reduced MOQ if you’re not happy with your supplier’s MOQ.