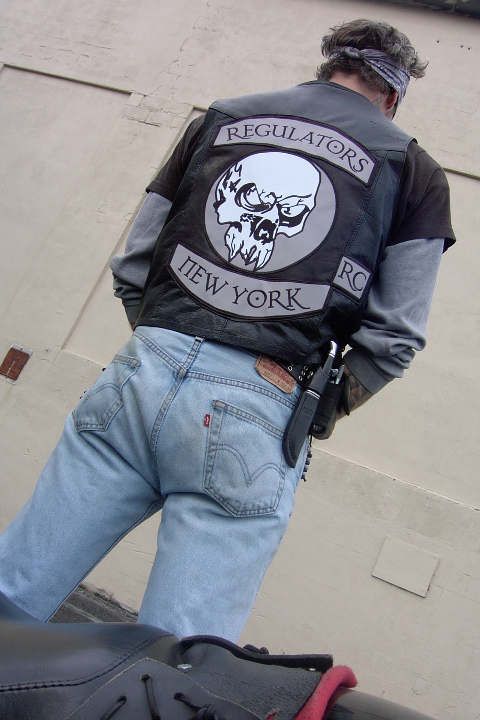 The bikers assembled at the town’s Route 66 Motorcycle diner after the brokenhearted parents of 17-month-old Hugh McMahon asked bikers to provide a funeral escort for their young boy’s final voyage.

North Lanarkshire, Scotland — Hundreds of motorcyclists came to a Motherwell to aid pay tribute to an infant who sadly died after ingesting a battery.

The bikers assembled at the town’s Route 66 Motorcycle diner after the brokenhearted parents of 17-month-old Hugh McMahon asked bikers to provide a funeral escort for their young boy’s final voyage.

The toddler was hurried to hospital where doctors fought to save him.

But unhappily, the ingestion had done so much damage to the young boy and he died in the arms of his parents on Boxing Day.

In honor of their son, who loved motorcycles, the boy’s parents asked for local bikers to escort the cortege from Motherwell Baptist Church to Hugh’s final resting place in Eastfields, Cumbernauld.

Hundreds of bikers participated in the heartbreaking journey from all over Lanarkshire escorting the boy from the church giving him the sendoff he so deserved. Many of them wore leather jackets and vests decorated with custom embroidered biker patches .

The owner of the popular Route 66, Trieda Hill, had job of organizing the event for Hugh’s funeral.

“He adored motorbikes and his family contacted me in the hope that a few motorcycle riders would give up some time to accompany the hearse from the church and then to the cemetery for his final farewell.

“If anyone could help make this happen for the McMahon’s it would mean the world to all the family.”

Mourners and bikers had been requested to wear a something blue, such as a ribbon, in Hugh’s memory.

How do button batteries cause death?

The small size of these batteries means they are easy to swallow. They can get stuck in the esophagus (throat), leading to serious injury. They are the leading cause of death by ingestion. Poison control centers across the United States report that about 3,500 button batteries are swallowed each year.

If your child swallows a button battery it can cause burning, corrosion, or completely destroy the tissue in the upper digestive tract. This damage can happen very quickly and is likely to be worse if the battery gets stuck in the esophagus (throat) instead of moving into the stomach.

Button batteries are bright and shiny which makes them very attractive to young children. It’s very easy for kids to put button batteries in their mouths and accidentally swallow them, or to poke them in an ear or nose, even under an eyelid!

When button batteries get wet – for example, from saliva after swallowing it –the electrical current in the battery breaks down the water to form a corrosive product that is just like oven cleaner. It can literally burn a hole through parts of the digestive system, such as the esophagus or wherever it has been inserted. Even if the battery is old or flat, it can still produce enough electricity to cause burns inside the body.

Button batteries can lead to serious internal burns in as little as two hours. If a battery is swallowed, it can get lodged in the esophagus and the burn can extend through to major blood vessels, causing internal bleeding.

It can be hard to know if your child has swallowed or inserted a button battery if you didn’t see it. Sometimes parents report hearing a gag and cough as the battery goes down. Parents also report noticing that the battery is missing or that the product doesn’t work. You may think that an internal burn would be very painful. The soft tissue in the esophagus and gut doesn’t register pain very well, so the battery can burn severely without the child noticing. This means that unless you see the button battery go down, you might not know they’ve swallowed it until damage has been done.

Benefits of Keeping Up With Industry Trends

Sexy Panties for Women Depending style