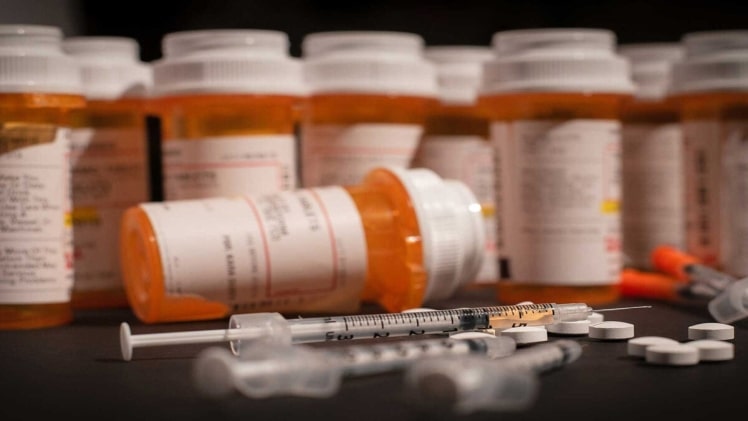 In the past decade, prescription drug abuse has risen to crisis-point levels in the USA. Painkillers such as oxycodone and hydrocodone are the main heavy hitters in the field, spurring addiction in as little as under 30 days. With the US consuming 99% of the world’s supply of opioid painkillers, law enforcement, government officials, and especially healthcare personnel are at a loss on how to control the epidemic of prescription pill addiction.

With enough pills prescribed annually to medicate, there is a high amount of speculation as to what should be done about the availability of these pills. Many states do experience a high amount of prescription pill abuse, some more than others. Nearly 300 pain clinics were shut down due to over-prescription and sale of the pills, and nearly 100 doctors lost their jobs. It was evidence enough when nine of the top ten most opioid-prescribing doctors resided in the state. As teenagers, adults, and the elderly alike have been found to be equally prone to developing an opioid addiction, many have considered whether or not these drugs were safe to prescribe for pain management in the first place.

The debate over the usage of drugs like hydrocodone and oxycontin for the treatment of non-cancer chronic pain is a heated one. Many oppose the prescription of these drugs, and countless people have suffered from an addiction to them or have suffered from loved ones becoming addicted. Countless people understand just how hard overcoming an addiction can be; prescription pill addiction is as gripping and damaging as any other form of addiction. The death toll due to overdose has been in the hundreds of thousands in the past decade; although light restrictions have been set almost nationwide, there’s still a huge amount slipping under the radar.

The database used to monitor how much a person is prescribed opioid painkillers and how often they are refilling their prescription was an attempt at gaining control of the steady flow of drugs coming from the healthcare industry to the population. However, the database is often voluntary, meaning doctors use it at their discretion—meaning not mandatory. Because of this, many feel that there are still a high amount of doctors over-prescribing the medication for the sole purpose of making profitable exchanges.

The complaints from the community are numerous and considerably overwhelming concerning the pain pill crisis. However, there is just as severe opposition from those who suffer from long-term chronic pain that believes the pills should not be restricted. Thousands of Americans suffer from chronic back pain, neck pain, and other pains that would be otherwise unmanageable without opioid pain killers. Doctors are also adamant about considering a strict restriction on the pills since they see firsthand how many patients come into their office begging for relief from long-standing complications due to injuries that may have occurred decades in the past.

Depending on which side of the fence a person stands on, each argument can be felt as powerfully and logically. This divide stretches through healthcare all the way to legislation, who in the end, can have the greatest impact on bills passed to restrict these drugs.

How Does Online Doctor Consultation Work?

3 Ways You can Reinvent Yourself with Drug Rehab Center