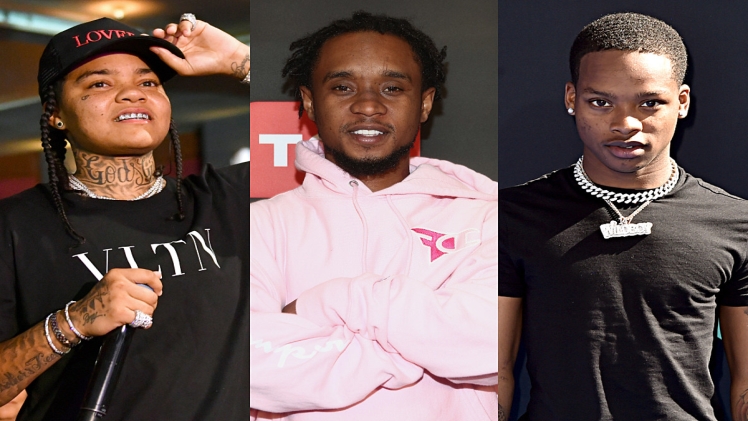 Hip-hop music has evolved over the years from music that got the house party or block party started to an expressive style of storytelling, done in a musical format. While the production of a hip-hop song was influenced by genres like soul, funk and disco, the lyrics rooted in personal journeys of the artists, who generally hail from the inner cities across America and beyond. The best hip-hop artists are able to connect with the listener through their life stories, which have an emphasis on both struggles and victories they’ve experienced or someone they know has experienced. Hip-hop artists such as Public Enemy or N.W.A. made the musical genre a place to address issues within society and connected with young people around the world who are enduring their own struggles in life.

Rap music has been especially hard hit by tragedy over the years, probably more than any other area of entertainment. There’s too many young hip-hop artists who lost their lives much too young. These rappers never had a chance to live out their full potential. We’ve compiled the names of some of hip-hop’s biggest stars who were taken from the world too soon.

During the height of the 1990s, Tupac was one of the biggest artists signed to the West Coast-based Death Row Records. Before this, Tupac got his start as a roadie for hip-hop group Digital Underground before going solo. Known for his versatility and distinctive voice, Tupac delivered a slew of hip-hop hits that are today known as classics. From “Keep Ya Head Up” to “Brenda’s Got a Baby”, Tupac showed his range as an artist, who never made the transition to Hollywood, appearing in notable movies like “Juice”, the critically acclaimed “Poetic Justice” with Janet Jackson, and the basketball film “Above The Rim”.

However, at the height of his stardom, he was tragically gunned down on the Las Vegas Strip, following a widely publicized altercation with rival gang members after a Mike Tyson right. On September 7th in 1996, he was riding shotgun in a BMW with Death Row Records head Suge Knight, when a Cadillac pulled alongside their vehicle and opened fire. The shooting was in retaliation for a fight earlier that same evening. More than 10 shots were fired into the BMW, striking Tupac four times. He had numerous life-saving surgeries at a Las Vegas hospital before passing away after six days. Tupac was just 25 years old.

Nipsey Hussle helped usher in a gangster rap renaissance in the 2010s, the same subgenre that captivated fans in the 1990s. As a former member of the Crips, Nipsey documented his time in the streets across an extensive catalog of material, including numerous mixtapes, and one official studio album called “Victory Lap”, which would go on to sell more than 1 million copies and earn him a Grammy nomination.

Despite his rough upbringing, Hussle was committed to reducing violences in the streets of his hometown Los Angeles, as well as giving back to the community. Nipsey even purchased a strip mall in the Crenshaw Boulevard neighborhood where he grew up. His goal was to revitalize the area, building residences and shopping. It was also the hub of his Marathon Clothing brand, located at the center of the strip mall he owned. Ironically, Nipsey was hanging out just outside the store in 2019, when he was approached by a man who shot him at point blank range. He died as a result of the shooting at just 33 years old.

As artists like Run-DMC and the Fresh Prince dominated hip-hop playlists in the 1980s, things were shaken up with the introduction of gangster rap outfit N.W.A. The Los Angeles-based group is credited for the widespread popularity of gangster rap in the early 1990s. While artists like Will Smith were delivering music that wasn’t very controversial, N.W.A. flipped the industry upside down, depicting the violent realities that young black men went through growing up in the inner-city. With albums like their critically acclaimed “Straight Outta Compton”, N.W.A. exposed listeners to a different America. Of all the group’s members, Eazy-E shined bright, thanks to his unique voice and charisma. Following the breakup of N.W.A., due to a violent rivalry, Eazy-E went on to have a highly successful solo career.

Eazy-E, real name Eric Wright, was hospitalized in February of 1995, but due to his long history with asthma, he assumed he was suffering a severe reaction to the longtime ailment. However, physicians would diagnose him with AIDS. He died ten days after being rushed to the hospital due to complications from the disease. Eazy-E was 30 years old at the time.

Despite the tragedies of these rappers, some deaths aren’t without a legal obligation. Sometimes, there is someone or something responsible and this is when it becomes a legal problem. Hiring a lawyer is important, even if injury or worse is even just slip and fall injuries in Jersey City. Always consult with an attorney to figure out your options.

How is a Private Screening Prepared for?