THE SCIENCE OF DAIRY 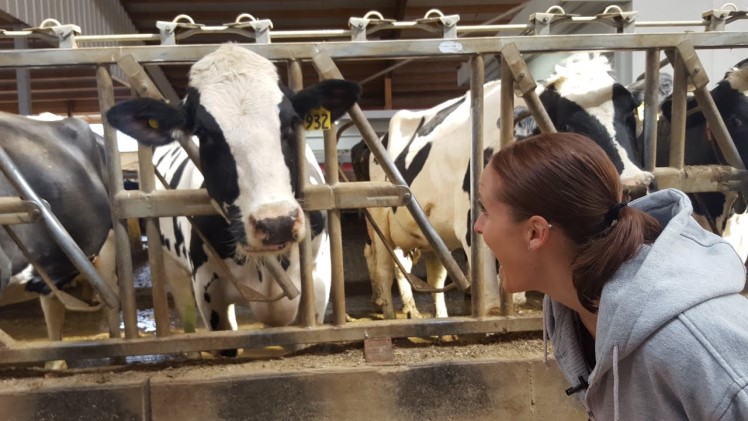 Milk and other dairy products contain some good things— vitamins A, B6 , B12 , and D (but only because it is added), plus calcium, magnesium, niacin, riboflavin, selenium, and zinc. They also have a substantial amount of fatty acids, both the saturated and unsaturated kinds, some of which are extremely healthy. But all milk has one purpose: to make living things grow.

So why would adults consume it? In most people, the production of lactase, the enzyme that digests dairy, begins to plummet around age two. That fact alone should tell you how our bodies feel about consuming dairy beyond childhood. 9 But milk tastes good, and to people in parts of the world with few options, it’s a nutrient-rich food.

Masai tribesmen in Africa, for example, have historically lived largely on a diet of grass-fed milk, meat, and blood without suffering any ill effects. Humans have been consuming dairy in some form or another pretty much everywhere on earth over the course of millennia, mostly in traditional, wholesome forms. If you couldn’t afford meat, dairy was the next best thing— instead of slaughtering a cow once, you could milk it for years. But the “heirloom” cows of yesteryear are not the breeds of today.

Now we have genetically “improved” varieties that produce proteins our bodies don’t recognize. Cows’ milk is one of the first and most common causes of food allergy in early childhood. 10 Scientists have identified several different milk allergens, 11 most notably the casein proteins, which can induce inflammation that leads to eczema, 12 ear infections, 13 congestion, and sinus problems.

14 While a big, cold glass of milk has long been America’s national beverage, many people are rightfully becoming doubtful about dairy. In fact, annual US consumption of fluid milk dropped from 247 pounds per person in 1975 to 155 pounds in 2015. During that same period, ice cream consumption declined from 18.2 pounds to 13.1. Considering all the pitfalls of modern, industrialized dairy production and consumption, those trends are a good thing.