The Most Common Types Of Solitaire Card Games 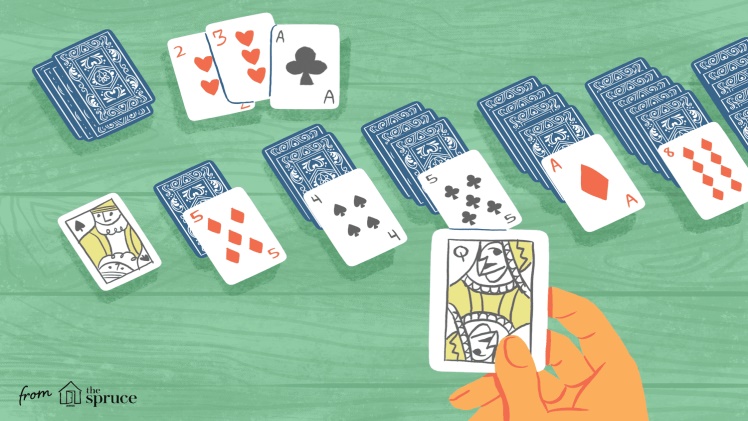 It is no secret that Solitaire is arguably one of the most popular card games in the world. Since the late 19th century, there have been solitaire card games played with a standard deck of playing cards. But there’s no denying that the introduction of the personal computer into homes and offices has greatly influenced the introduction and popularization of these traditional card games.

One of the best things about Solitaire is that there are many variations you can choose from. In this article, we take a look at the most common variations of Solitaire. Let’s explore them.

Spider Solitaire is one of the most popular 2-deck variations of Solitaire. The game’s name is derived from the eight foundations that must be constructed to win because spiders naturally have eight legs. It is pretty easy to win in Spider Solitaire.

Two card decks are used in Free Spider Solitaire. It can be played with a single suit or multiple suits, depending on the degree of difficulty. The tableau’s physical environment includes heaps, a Stockpile, and foundations, much like the Klondike [another popular Solitaire variation].

The objective is to build suit sequences from the King to the Ace within the heaps. If more than one costume is worn, the game becomes much more difficult. All the piles will get an extra card if the player taps on the Stock pile.

Most of us are familiar with the solitaire game Klondike from our personal computers or from seeing it being played in the workplace by staff who were bored. It’s the classic solitaire card game that everyone should at least try, and it’s what most people picture when they hear the word “solitaire.” Its name derives from a game that prospectors would play to pass the time during the Canadian Yukon’s late nineteenth-century gold rush in the Klondike region. It occasionally goes by other names, such as Canfield (in the UK), even though this latter name officially relates to a distinct solitaire game.

In Klondike, 52 cards are used. The objective is to arrange them on the foundations, which are empty spaces, in order of suit, from Ace to King.

The cards are dealt into seven heaps on the tableau. All of the cards are face-down except for the top card in all piles. The players must create sequences and move the cards within the piles in order to access and disclose the bottom cards. The tableau’s sequences are constructed using alternating colors and in descending order (from King to Ace). Only Kings can be placed in open spots on the tableau.

This is yet another popular variant of the Solitaire game. Free Cell requires more strategy and puzzle-solving to play. If you like a Solitaire game that can tease your mind, this is a perfect choice. The game, just like Klondike, uses a single deck, and the cards are dealt into seven piles. However, there is no Stockpile. In addition, the cards are facing forward and visible to the player. The objective of Free Cell is to build the foundations by suit.

How to Clean Your Plushies