There is always a cause for celebration when you have access to lavender oil, one of the most sought after and popular extracts in the natural world. Since the dawn of time, there have been people using the purple slice of natural paradise in a number of unique and telling ways. Utilising the unique scent profile, chemical build, and overall adaptable nature of lavender oil to craft some memorable moments in history.

While it goes without saying that lavender oil may seem a little mainstream for most people, there are still crafty creators who have utilised the extract for some wonderfully unique endgames – from scented soaps to sleeping assistants. It seems that some classics never go out of style, and lavender oil is certainly making its mark felt at the very top of the best hits of nature list.

While the classic uses for the extract cannot be denied, there’ll always be those who claim a little too much for a singular extract, even lavender oil. While there are myths and legends about everything (thanks internet), there are some proven uses for the famed extract that has contributed to its legendary status amongst its peers.

Lavender oil, this is a love letter to your weird and wonderful ways.

A Snippet Of History

Lavender oil has been around for as long as stories have been told – but you know the old saying about something that isn’t broken. Dating back to the ancient Egyptians who used the substance in their daily washing cycles and even as a part of the embalming process, lavender oil has widely been believed to cure everything from sleeplessness to head lice!

That being said, its infamy lived on throughout the ages, from the Mediterranean coast to the middle eastern regions. The extract got its name from the Latin verb “Lavare” which means “to wash”, so naturally it was used as a cleaning agent in a number of societies in the past. Perfuming the air was always a use for the extract, as the pleasant scent profile elicits a feeling of calmness and overall enjoyment. During the Great Plague of London in the 17th century, there are documents that suggest that lavender oil was used as a remedy for symptoms – as well as becoming a landmark associative plant and extract for the royal family throughout the previous monarch reigns.

Now it is primarily used in perfumes, soaps, diffusers, and in aromatherapeutic circles, with a select few still researching the various effects it could have on the body for future reference.

Lavender oil has long been associated with a number of cures, strange stories, and even biblical allegorical references. It is an extract unto itself in many ways, and for some very good reasons. Like we said before, there is a reason that some classics never go out of style.

While the cure-all element of the extract has been widely debunked or overtaken by more modern medicinal practices, there are those who still swear by the extract for a variety of unique uses. We are not about to go off on a tangent of claims that are not substantiated, but it is healthy to see where the research is headed, and some of the more creative uses for the extract in modern society.

One of the coolest uses for lavender oil is undoubtedly its prominence and utility in a variety of household amenities and cleaning products. For its obvious deodorizing purposes, the extract has been known to be present in a variety of disinfectants and general spray and wipes to exude a pleasant fragrance and overall clean vibrant atmosphere. For anyone who is tired of the stench of bleach and typical household ‘fragrances’ should add a dollop or two of lavender oil to their mix and enjoy the scintillating scent-sation of the extract.

Another cool and creative use we’ve seen with lavender oil has been with pest control. Yes, pest control. You would never think that such a beautifully scented delight that comes from the extract would not be appealing to anything on the planet, but it seems that it contains certain chemical properties that serve as a natural bug repellant (not all bugs of course, but some usual suspects).

There have even been people using the extract in their dishwashing facilities as well, used sparingly, lavender oil can give dishes and glasses a refreshing earthy scent, and a slight aftertaste that lingers in all the right ways.

We can’t have a discussion about lavender oil without mentioning the ultimate use for the extract, aromatherapy. The inhalation relaxation that is associated with the extract has been well documented for generations and is one of the few uses for the extract that hasn’t changed much.

While the means and execution of the inhalation have changed over the years thanks to modern enhancements with devices like diffusers allowing for a cleaner distribution of extracts, the principle remains the same.

There are numerous accounts of people claiming this and that from their time with lavender oil, but truth be told, we can’t fault them for some of the claims. With its naturally relaxing tendencies, it’s no wonder that so many meditation-based aromatherapists and experts have likened lavender oil to be their go-to reliable choice.

The science is still well and truly out for the most part when it comes to the true efficacy with treating various ailments. Scientists have been enamoured with the concept of essential extracts paving the way to potentially alleviating or treating various neurological issues, it is certainly something to keep a steady eye on.

The fun and creative uses of lavender oil continue with the natural enhancements being made to lotions, soaps and general skincare products. The scent profile is simply too good to not utilise fully, and the people have certainly spoken. They love lavender oil being present in any product they put on their skin.

The properties speak for themselves of course, with a smooth and adaptable presence making the extract easily maneuverable into a number of solutions to enhance the fragrance that exudes from a once docile product. The next time you’re shopping for an organic and healthy face cream that isn’t inundated with chemicals and harmful additives, look for a lavender oil infused one, chances are you’ll find a healthily fragrant one before you know it.

If you’re thinking about getting into the lavender oil game and have already begun searching for a reliable retailer, keep a few things in mind.

First and foremost, there are a number of ways to describe an extract that may mislead you on the best of days. Much like the food industry, the essential oils industry is rife with claims and overblown descriptors and titillating language like ‘Therapeutic grade” or “medical grade”. These claims are not typically policed and should therefore be approached with caution. 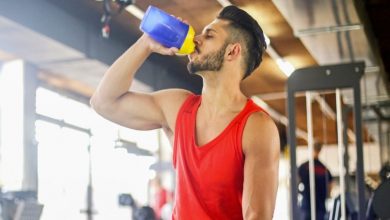 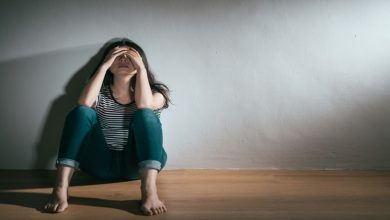 Drug addiction signs to look for in people. 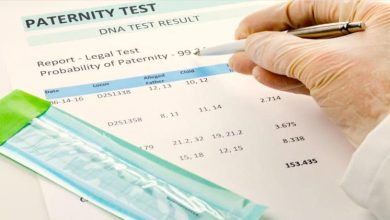 Will I Get Results Immediately with A Home Paternity Test? 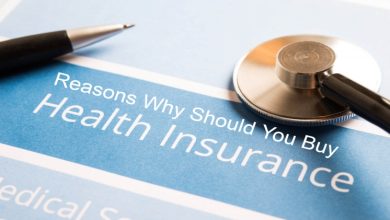