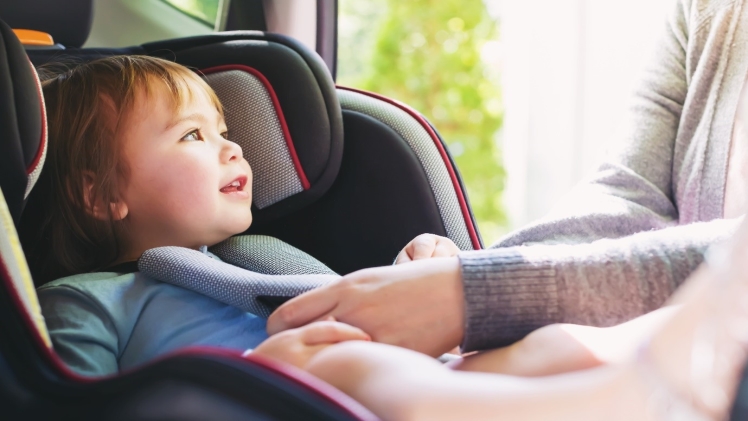 Most people believe they’re good parents who take every precaution to keep their children safe. However, many people seem to have a significant blind spot when properly installing child safety seats in their vehicles. This may be due to a lack of knowledge about the significance of adequately installing a child car seat. Given below are a few of the myths surrounding child car seats.

Why Are Car Seats So Crucial? Myths Revealed!

Myth 1: At low speeds, arms can perform the same functions as vehicle seats.

You may assume that you are the most significant protective force for your children, but you aren’t while you’re driving. It is common sense: in a collision, your weight is doubled by the speed you are travelling. When travelling 30 kilometres per hour, an adult who weighs 60 kilograms will generate 1200 kilograms of force — more than enough to crush an infant held in one’s arms. In the same 30 kph accident, a 2.7-kg newborn becomes a 54-kg force against the arms carrying it; therefore, hanging on to the kid is improbable. It’s like holding a tiny infant who transforms into a Great Dane in your arms all of a sudden. This is the most crucial factor to consider when it comes to car seats: your bodies become crushing risks to children in your arms and laps when involved in an accident. Hence, car seats for children are mainly intended as a safety net.

Even an older kid who is not restrained is at risk: with an average weight of 18 kg, a 4-year-old child will have the same impact as a 360-kg golf cart when it comes to a collision at 20 kilometres per hour (13 miles per hour).

Since they are just starting to discover the world and push the limits of their comfort zone, older infants and toddlers are more likely than younger ones to dislike being restricted in a car seat. However, based on everything you’ve learned above, there’s no reason why you shouldn’t utilise one. When it comes to things like eating vegetables, having a bath, and cleaning their hands, you don’t let kids make the decisions.

Isn’t it preferable to have an unhappy youngster in the backseat of a vehicle than an injured child? This is why it’s so important to make car seats a natural part of everyday life. This may lead to lesser resistance from your youngster.

Car seats should be reserved for the most vulnerable members of society: newborns and babies. An uncontrolled automobile collision is much more dangerous for newborns and babies under the age of two since their skull bones have not yet cemented together and their neck and spine have not yet wholly matured, making them more prone to brain damage from head traumas.

Myth 4: Car seats become unsuitable for children as they outgrow them.

Even while car seats are only functional for children up to a specific weight and age, this means that children’s car seat requirements evolve with time rather than disappearing. A youngster may only wear an adult seat belt if at least 5 feet tall.

Rear-facing car seats are recommended until a child reaches the age of 2 when the head can no longer fit comfortably on top of the headrest. At roughly four, the kid should be moved to a forward-facing seat. A booster seat should then be used until the kid is 5 feet 8 inches tall, usually around the age of 8. The good news is that upgrading your kid’s safety equipment doesn’t have to be expensive; many car seats can be converted as your youngster grows.

An excellent response to the question on why car seats are essential is: The value of a car seat is only appreciated after an accident happens, like many safety procedures. The fact that car seats save lives is undeniable.