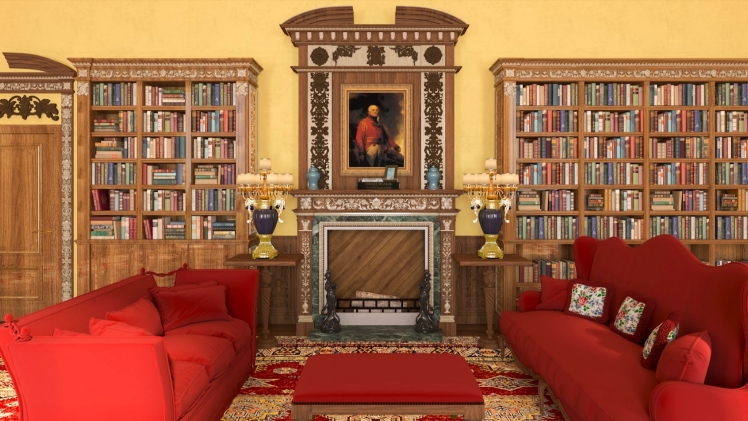 There are many British TV shows that we all love to watch, one of the most popular is Downton Abbey and with a new movie in the works and all episodes now available on Netflix we wanted to help you bring some Abbey magic into your home.

If you haven’t seen the show (where have you been?) then here’s a quick summary. It focuses on the Crawley family and the Abbey’s staff. It’s set between 1912 and 1926, and six seasons are available. It shows the British aristocracy during many important events, like the sinking of the Titanic, World War I, Spanish influenza, Irish War, and the British general elections of 1923. The estate of Downton Abbey and its inhabitants is fictional, as the real name of the Abbey used in the series is actually called Highclere Castle.

Now we are all aware of the show and its focus we will explore the many ways you can bring some Abbey magic into your home, through simple interior changes. More information can also be found at AgeCo.

The Downton Abbey interior offers grandeur in an early 19th century British style, yet when looking to replicate the Abbey design in your home you may also want to include a 21st century warm feeling. By adding aspects from other interior styles a more modern feel is achived.

If you are looking to bring a British design into your home then a country farm house interior is the way to go. By adding accents of dark oak to the room along with a log fireplace the grand Abbey style will slowly take form in your home.

One thing about the Abbey design is that it is not understated, when looking to replicate its grandeur be bold with colour schemes. Take reds, blues and yellows and strategically place the bright colour palette around the room to highlight key features such as the fireplace, the lamps and cushions.

You can see from the Abbey’s lounge design the yellow colour is a contrast to that of the dark oak book shelves and the red sofa stands out as a prominante feature.

A clutter free home is what we all aspire to achieve, but sometimes it is just not possible, this is why adding some stragetically placed shelving can help to bring the Downton Abbey experience to life. In the lounge area there are several books and trinkets and although books bring a warm feeling to the home they aren’t always practical.

Adding shelves either side of the room or fireplace can provide a practical solution to storage but also a strategic way to add some character to a room. The image below shows how this can be done. 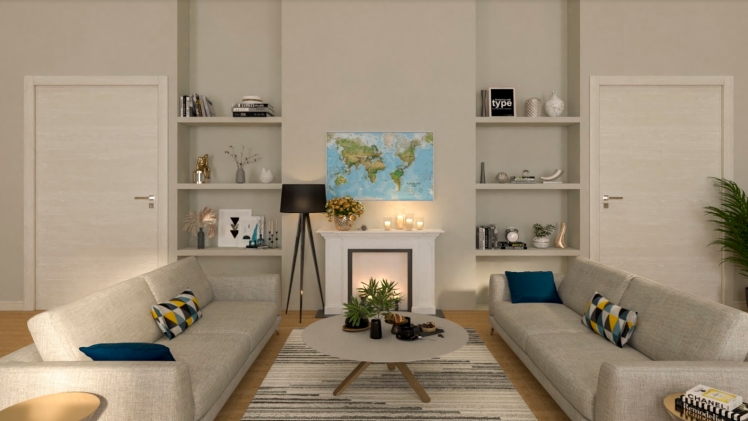 If you spruce up your interior using any of the tricks mentioned here, then do share them with us.