All You Need to Know About Breitling’s Evolution 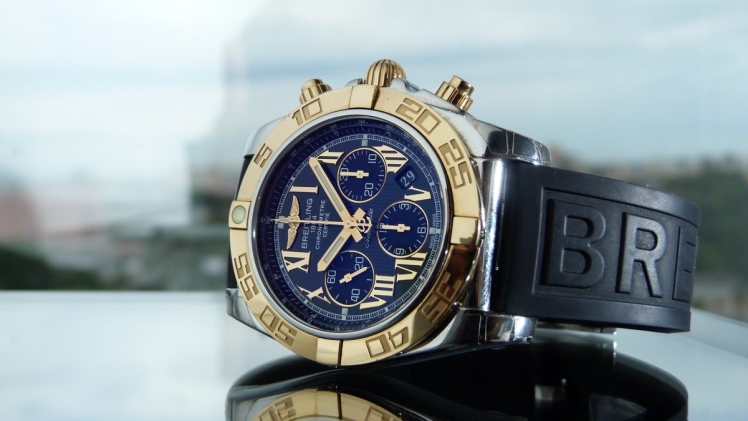 Breitling watches are one of the most well-known watch brands in the world. It is because of the quality it provides to its users of all genders. But during its first few years, they only made watches for men in the military. But as time went by, the brand became more open for clients of all ages and genders.

Despite the company’s changes over the years, one thing stayed constant. It is the brand’s quality and the experience of luxury that not every watch brand can provide. Their watches may not be cheap, but it’s worth every penny you are going to spend.

Just like the other companies, Breitling also experienced humble beginnings. The company’s history traces back to the year 1884. It was the year when Léon Breitling launched the watch company. It started with just one shop in Bernese Jura, in the town of Saint-Imier in Switzerland.

Breitling was only 24 years old when he started his watch empire. But his age did not obstruct him from launching a watch empire. In the year 1892, the company transferred the location to a factory in La Chaux-de-Fonds.

Just like Breitling, aviation evolved as time went by. By 1936, Willy, the former president of the company, was providing cockpit tools to a couple of airline companies at that time, making them a vital company during World War II.

After the war, many people expected the death of chronography and Breitling. But luckily, the brand adapted with the evolving time. That is when they ventured into the production of dress watches for all genders.

But that did not stay for too long. Because of the popularity of recreational flying, the company ventured back to aviation. Hence the birth of the world’s most popular pilot’s watch in 1952, the Navitimer. The timepiece then became The Aircraft Owner And Pilots Association official watch at that time.

The first version of the Navitimer has important navigation features, chronograph complication, and logarithmic Stuf slide rule bezel. All of these features are why this watch was a vital tool for pilots at that time and an iconic piece in the horology world.

Breitling earned its most significant achievement in 1962, when one of NASA’s astronauts, Scott Carpenter, collaborated with the company to design and wear a modified version of the Navitimer called the Cosmonaute. Carpenter wore it during the first-ever manned American space flight, the Project Mercury.

After the mission in space, the company faced another challenge in timepiece-making. Self-winding watches at that time were becoming more popular, but no company had managed to invent an automatic watch movement yet. That’s when Breitling teamed up with Heuer, Dubois-Depraz, and Buren to create the first-ever automatic watch movement.

In the 1970s, the horology world experienced a quartz crisis that resulted in the dissolution of around two-thirds of the other Swiss watch brands during that time. Willy Breitling also became ill, which caused him to decide to stop the company operations in 1979. The company only resumed its operation in 1984, under Ernest Schneider’s leadership.

Breitling in the Modern Age

Schneider is an electronics engineer and an amateur pilot. Despite his background and lack of experience in horology, he continued producing mechanical and automatic timepieces. Under his leadership, Breitling revived the Chronomat, a watch initially designed for mathematicians and scientists.

Chronomat was the first watch made by Breitling to have a slide rule bezel, the same design they later used for the Navitimer pilot’s watch. The new version of Chronomat has a lifesaving Emergency model with a built-in locator beacon, which was launched under Théodore, Ernest Schneider’s son, during his company, took over in the 1990s.

Breitling continued to forge partnerships with other personalities and companies like the luxury car company Bentley in the early 2000s. As a result, they created the famous ‘Breitling for Bentley’ collection.

Schneider decided to sell Breitling to CVC Capital Partners in 2017, the largest private equity firm in Europe for a whopping €800 Million. The new owner of the company then appointed Georges Kern to the top. Since then, the company became even more popular and has created jaw-dropping timepieces.

History and innovation are the two things that made Breitling one of the best watchmaking companies in the world. They never forget how they started with aviation and incorporate it with their new models and make sure that they apply innovations to make their watches more appealing to the consumers.

Up to this, the company is still up and running. This still creates mind-blowing and breath-taking timepieces that everyone wants to have. The company may change its leader a couple of times, but the quality of its watches remains.