A Quick Guide To Multiple Myeloma 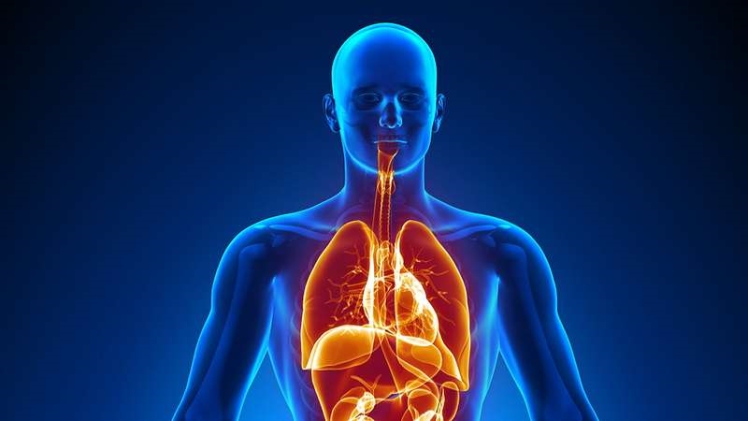 Cancer starts to occur when the cells in any part of the body begin to grow uncontrolled. Cells are the fundamental unit of our body, and any cell can become cancer and spread to other areas of the body. Multiple myeloma is a kind of blood cancer in which plasma cells tend to grow uncontrollably, leading to many complications.

Multiple Myeloma: What Is It?

Multiple myeloma is a kind of cancer that comes under the category of blood cancer. It affects the growth of plasma cells in the bone marrow and is considered a vital part of the human immune system. Plasma cells help the human body prepare many antibodies(immunoglobulins) that recognize and fight against germs or foreign elements.

When these plasma cells become cancerous, they start to grow in an uncontrolled manner, this condition is called multiple myeloma. These plasma cells start to produce an abnormal protein(antibody), such as monoclonal immunoglobulin, monoclonal protein(M-protein), M-spike or paraprotein, which causes harm to the human body.

(MGUS): this is a condition that leads to abnormal growth of plasma cells by making many copies of a single type of antibody called monoclonal protein.

The strange thing about this is it does not form an actual tumour or mass that can cause health complications. It doesn’t cause bones to become weak, have high calcium levels, have kidney problems, or have low blood count. But this condition can eventually lead to multiple myeloma or other diseases.

Smouldering multiple myeloma(SMM): It is an early or asymptomatic(no symptoms) type of myeloma that does not cause any problem but can develop the signs and symptoms of multiple myelomas, such as:-

If amyloid develops on the heart, it may lead to an irregular heartbeat and can cause the heart to enlarge, making it weak. A weak heart can lead to other complications, such as congestive heart failure, shortness of breathing, etc.

Pain in bone, especially your spine or chest

These abnormal plasma cells grow in the bone marrow so rapidly that it overwhelms the healthy WBCs and RBCs resulting in fatigue and an inability to fight against infection or foreign particles.

Consequently, the production of abnormal plasma cells increases rapidly, causing complications, such as damage to the kidney, damage to the bones, increasing the risk of broken bones or other organs.

Some risk factors increase the risk of developing multiple myeloma, it includes:-

Old age: The risk of multiple myeloma increases as you get older

Black race: People with dark complexion are about twice as likely to develop multiple myeloma

Family history: If any of your blood relatives have or have multiple myeloma, the risk of getting affected by it increases for you as well.

Note: During the cancer treatment, there are possibilities of side effects, men may even face erection difficulty. Some of them try self-medication (Cenforce 200) for the sake of keeping it secretive. However, consuming cenforce 200 without a consult may worsen the symptoms. Sometimes, self-medication can even increase the risk of health complications.

How Successful Is Myeloma Treatment?

If you are facing the symptoms of multiple myeloma, treatment for multiple myeloma can help you reduce pain, control complications of the disease, stabilize your condition by reducing the growth of myeloma cells.

Targeted therapy: Targeted medicines treatment focuses on the cause of specific abnormalities within cancer cells that help them to survive. Targeted medicines include Bortezomib (Velcade), carfilzomib (Kyprolis) and Ixazomib (Ninlaro) that blocks the activity of a substance present in myeloma cells that breaks down proteins. In this way, the medicines help in destroying the myeloma cells. These targeted medications are consumed either through a vein in the arms or in the form of pills.

Chemotherapy: It involves drugs that help in killing the fast-growing cells, including myeloma cells. Such drugs can be consumed either through your vein in your arms or taken orally as a pill.

Corticosteroids: Corticosteroids like prednisone and dexamethasone regulate the immune system to control inflammation. They also react against myeloma cells and can be consumed orally or in the form of an injection.

Radiation therapy: This type of treatment involves beams of energy, such as X-rays and protons, to destroy myeloma cells, consequently stopping their growth. Such radiation therapy helps in quickly shrinking myeloma cells where the rays were used. It also helps in destroying the collection of abnormal plasma cells in the specific area, forming a tumour (plasmacytoma).

During the process of treating multiple myeloma, some complications may occur in the patients because of the high dose of medicine, and you may need treatment for such medical conditions, such as:-

Kidney complications: Your kidney may get affected a bit while treating multiple myeloma and may require dialysis.

Infections: The chance of getting infected during the treatment of multiple myeloma increases. So that doctor may recommend you to have certain vaccines to prevent them, such as flu and pneumonia.

Bone loss: You may experience loss of bone or a decrease in bone density after getting treated with multiple myeloma. In such cases, your doctor may recommend medicines, such as bisphosphonates, such as pamidronate (Aredia) or zoledronic acid (Zometa).

Anaemia: In case you have persistent anaemia, your doctor may recommend medications to increase the count of red blood cells

Some complications are even related to such cancer, like several myeloma patients experience erection difficulty. Being awkward, some men try to consume commonly known pills like Cenforce 200 without knowing the consequences. Cenforce 200 contains sildenafil citrate that can trigger cancer symptoms.

Chemotherapy is a common cancer treatment that often shows side effects, and taking another risk by self-medication (Cenforce 200) may worsen your condition. Even though you are familiar with the drug like Viagra or Cenforce 200 consult the doctor before use

7 Ways to Manage Your Veneers

Common Mistakes Every Scuba Divers Do