Which countries have banned TikTok? 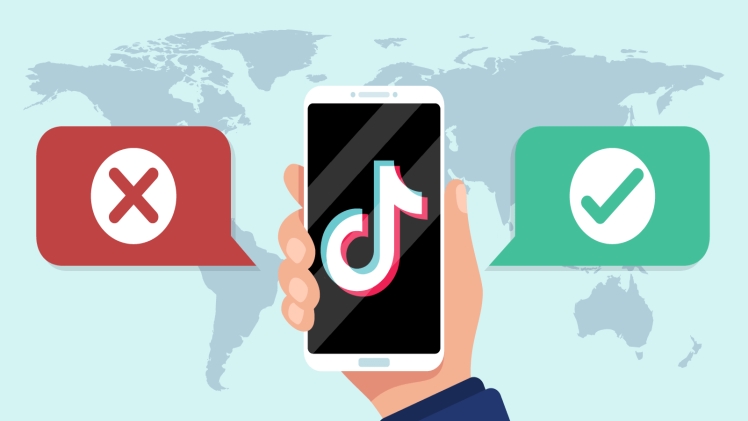 TikTok is a popular platform, yet many nations have received it warmly. Several countries have banned TikTok and have no plans to lift the restriction, at least not anytime soon.

Following its introduction, the short video-making site witnessed remarkable growth in its user base. The content is altered in various ways, including background music and popular songs, dialogue from multiple movies and shows, the playback speed may be increased or lowered, and several filters to improve the video.

TikTok isn’t new to this. TikTok, a social media site that has overgrown Bangladesh, India, Pakistan, Indonesia, the US, Egypt, and Malaysia, has banned it. What’s noteworthy is that the rationale for the prohibition varies from nation to country. TikTok, owned by the Chinese technology giant ByteDance Ltd, was, for example, banned in India alongside 58 other Chinese applications when ties between the two nations worsened. According to India, these applications are unlawfully utilizing data and covertly gathering information from people’s phones.

If your country hasn’t banned the platform, you could make the best of it. For that, we recommend a large following, either organic or by purchasing followers. BuzzVoice is a platform where people can buy followers at an affordable rate.

Pakistan has once again restricted TikTok access in the nation for failing to delete “inappropriate content,” bringing the famous Chinese short video-creating app offline for the fourth time in recent months.

PTA was restricted after several users reported about the platform’s immoral and filthy material. In many respects, the content was offensive to Pakistani culture and way of life.

The government has stopped, suspended or banned TikTok’s services in the nation for the fourth time.

India is among the countries that have outright banned TikTok. After a border conflict with China, the Indian government announced the ban on June 29, 2020. The country has banned TikTok and some other Chinese applications, including WeChat and Shein. After the ban was declared permanent in 2021, the Chinese government issued a statement claiming that the prohibition will result in the loss of around 2000 jobs in India.

On July 3, 2018, Indonesia temporarily prohibited the TikTok app due to public concern over unlawful material such as blasphemy and pornography that is harmful to children. One week later, the ban was uplifted after TikTok negotiated several modifications, including removing harmful content, establishing a government office, and implementing age limits and security procedures.

On August 6, 2020, US President Donald Trump signed an executive order prohibiting TikTok transactions for 45 days if ByteDance did not sell them.

The primary motivation for this action was the threat to the United States’ national security. Later that month, TikTok filed a lawsuit against the former President, halting his temporary ban order on the platform.

Bangladesh prohibited TikTok on several bases. Bangladesh was also one of the nations that sought to ban TikTok in 2018. The Bangladeshi government restricted internet access to the site, resulting in a temporary suspension, even though TikTok has no link to the reasons for the prohibition. The primary grounds for the ban were the country’s increasing pornography and gambling. Later in 2020, after several users challenged the restriction, the Bangladesh government provided a draught to TikTok officials, requesting to remove the ten objectionable films from the nation.

Listed above are the nations that have banned TikTok and those that sought to prohibit the platform temporarily. The restriction was imposed for grounds related to these nations’ national security and integrity.