What was so special about the Saddle Ridge Hoard? 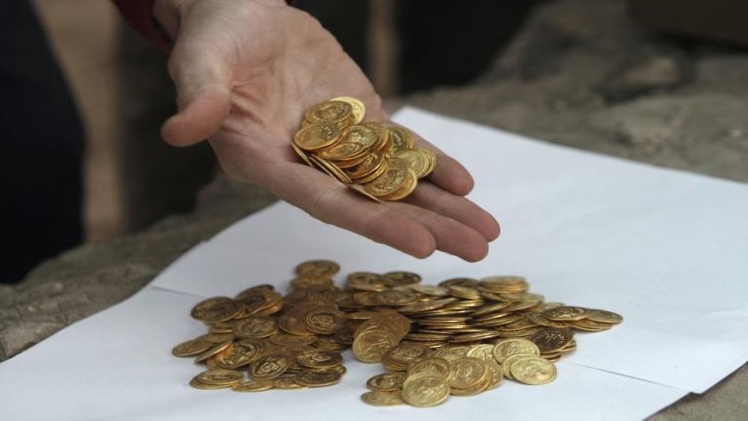 Coin hoards began a long time ago, some in the wake of the Great Depression and others in times of war. Some people did not trust the banks back then and preferred to bury their life savings somewhere safe that they could come back later and collect. Unfortunately, some never made it back or told anyone where to find the treasure.

People discover ancient coin hoards in different places where the coins are either in poor or mint condition. Due to the rarity of the coins, the market value is high, and collectors are willing to spend to acquire the coins. The most recent coin hoard made headlines because of the unique circumstances and the coins themselves. What made that coin hoard so special, though?

Discovery of The Saddle Ridge Hoard

One of the special things about the saddle ridge hoard is that the people who discovered the treasure were not on a treasure hunt. In fact, at first, they did not pay much attention to the rust-covered metal can that was partially visible in the dirt. The couple was taking a walk with their dog on their property when they discovered the most significant coin hoard in the history of the U.S.

The Number of Coins and Their Worth

The saddle ridge hoard discovered in 2013 had a notable collection of 1427 coins, making it the largest coin hoard discovery. The coins were dated somewhere between 1847 and 1894. That is so long ago, meaning that the coins are pretty old and, therefore, very rare. The collection was valued at 10 million dollars and worth $28 000 at face value.

The Condition of The Coins

Surprisingly, the coins were in mint condition during the discovery. You would expect that they had faded or deteriorated after such a long time in the ground, but they were not. That made them unique and highly coveted by collectors. The mint condition of the coins influenced the market value.

The Mystery Behind The Coin Hoard

Nobody knows who buried the coins or why they did, but the obvious thing here is that whoever buried them never came back to collect their treasure. There are many theories that people have come up with to explain the hoard, but none seems accurate. Some say it was a bank heist back in 1901, but the U.S. government ruled out that theory stating that the coins don’t match the ones stolen.

Others say it was a miner’s life savings during the Gold Rush, while others say it belonged to a wealthy person who didn’t trust the bank. All in all, there is no accurate or conclusive information about the saddle ridge hoard.