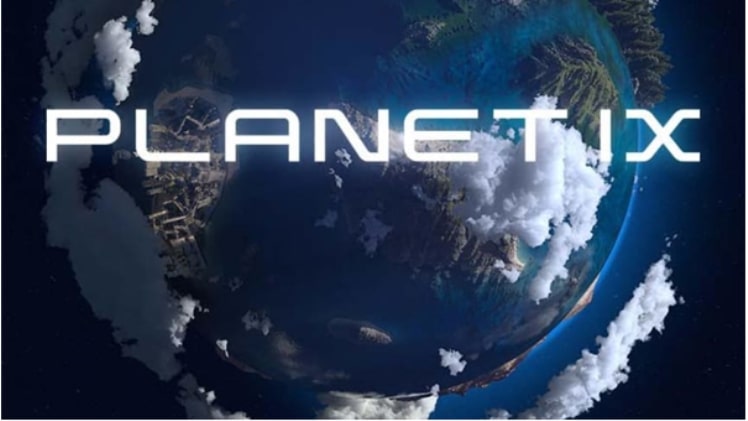 At first, only virtual currency such as cryptocurrency was allowed to be used for purchases. But now, because in-game items can be bought with real fiat currency and also cryptocurrency, transactions can occur within the game and also outside the game, in other gaming platforms on the blockchain. The use of NFTs has also made ownership of game assets very much certified. It has made playing the games much more enjoyable.

NFTs have improved the gaming sector so much that games’ assets such as weapons, lands, cars, and many other assets, depending on the type of game it is, can be owned by the gamers that purchase, earn or gain them. Unlike in regular games, in which the money and in-game assets are the properties of the game developers and owners, NFTs have made it so that the players own their in-game assets no matter what, except they sell or trade them.

What is Planet IX?

Planet IX is one of the play-to-earn blockchain games. It is a trading and strategy game that uses a virtual version of our planet on a virtual scale of 1:1 as its game interface or playing field. It is a world gaming ecosystem based on the blockchain technological system. A huge multiplayer online strategy game situated on the titular planet, Planet IX is a metaverse and bridge between our world’s physical and digital dimensions. That is, it connects real-world geolocations to the various user-generated virtual environments.

These locations on the game view of Planet IX are all unclaimed at the game launch to create a fair and central ownership of the digital assets and properties in this futuristic metaverse. Although there are many digital world games, Planet IX stands out from the rest due to its game spaces, which is referred to as PIX.

Like all of the online blockchain play-to-earn games, Planet IX has a specific game asset and NFTs, owned by the players who earned them. The version of this asset on Planet IX is called PIX. PIX is a representation of the virtual earth in hexagonal 10 by 10m2 tiles of land. They are used to represent the ownership of a virtual land parcel.

PIX stands out from the game spaces of other digital world games because the game spaces (PIX) in Planet IX can only be bought through random pack drops. This way, there is fairness and somewhat luck in the PIX distribution. Also, there are many historical and world heritage relics that are referred to as Landmarks in the game.

There are 9 classifications of the PIX. They are Desert, Artic, Country Side, Sub Urban, Coastal Line, Natural Reserve, Metropolitan, Capital City and Capital City Centre.

These 9 classifications are further grouped into five tiers which are ranked according to their levels. These tiers are Legendary, Rare, Uncommon, Common and Outlier.  These tiers vary in PIX sizes, with Legendary having the least number and Common having the greatest number of PIXs in them.

What Else is Special About Planet IX?

Planet IX is a project to improve our earth and provide an excellent future for the virtual world and our real-life planet. In a bid to achieve this goal, Planet IX invests part of the revenue generated from the purchases and payments made by the players in the game as they purchase NFTs.

The revenue is invested into companies and projects that are out for improving the climate of our world and also improving the green environment at large. Another great part of this investment is that the players who own the NFTs are the only ones who have access to the returns from the game. So, it is a win-win situation for everyone, the company and the players.

How To Look For A Reliable Print Shop

How Servo Motors Are Powering The Future Of Green Energy