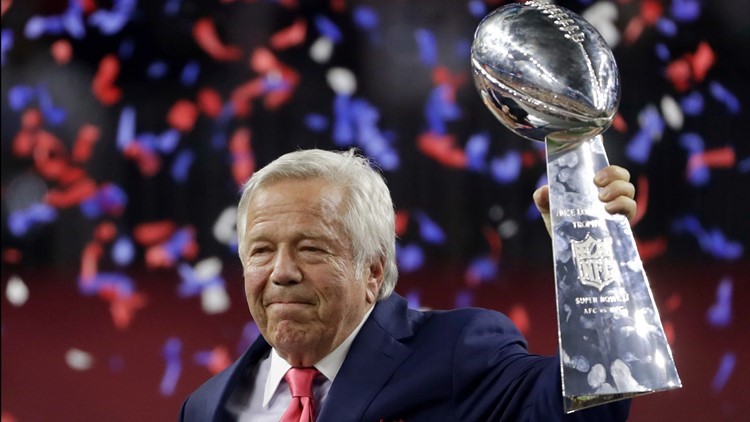 During the five-year period before Robert Kraft purchased the National Football League’s (NFL) New England Patriots in early 1994, the team had won just 19 of 80 games. They also burned through five head coaches, none staying on long enough to transform the team. Everything changed when Kraft, a long-time successful business owner in the New England area, became owner of the Patriots.

Kraft made immediate personnel changes that had a profound impact on the team’s future success. However, none of the changes he made in the first few years compared to bringing on Bill Belichick as head coach and Tom Brady as quarterback in the 2000 season. The team would go on to win six Super Bowls between 2002 and 2019. They have appeared in the Super Bowl nine times since Kraft became the team owner.

The NFL took control of the Patriots for a time after the team went through five owners in five years. During the period when it briefly owned the Patriots, the NFL granted control of New England’s football team to James Orthwein. Orthwein immediately proclaimed that he wanted to move the team from the Boston area to St. Louis, Missouri. Legal battles ensued as the team’s former stadium, Fenway, was in bankruptcy proceedings due to low attendance and run-down conditions.

While still in consideration for ownership, Kraft considered moving the team from Boston to Hartford, Connecticut. He even held a pep rally in Hartford where the town’s mayor presented him with a t-shirt. Groundbreaking for a new stadium never occurred, and the Patriots remained in New England.

As a savvy business professional, Kraft included clauses in his contract with the governor of Connecticut that allowed him to cancel the deal without penalty. His original investment of $227 million to purchase the Patriots increased in value to $4 billion by 2022. Fans and sportscasters can easily understand why when they consider that the Patriots have won 19 division titles, 10 conference championships, and six Super Bowls since Kraft became the team’s owner.

Kraft Credited with the Development of Gillette Stadium

Kraft knew that the Patriots could not continue to play at Fenway, and he soon made plans to develop Gillette Stadium with private equity. Gillette Stadium is the only stadium in the NFL that received private funding for the facility, surrounding land, and parking lot. The 65,878-seat stadium opened in time for the 2002 season and hosts numerous other events such as concerts and high school football championship games.

Kraft is a well-known and well-loved member of the Greater Boston area, having operated several businesses there since before his graduation from Harvard Business School in 1968. Along with paper and packaging, investing, and real estate, Kraft operates a successful sports and entertainment division that includes ownership of the New England Patriots. He founded, launched, and continues to operate the Kraft Group at the age of 80. Robert currently fulfills the role of company CEO of the Kraft Group, an organization he manages with his sons Jonathan, Daniel, and Josh.

Two things happened after Gillette Stadium opened in 2002. First, the Patriots won their first of six Super Bowls under Kraft. Secondly, Kraft went on to purchase or develop several other sports and entertainment venues that have brought fans pouring in for the past 20 years. His venues have hosted everything from NCAA championship games to the 2016 NHL Winter Classic to drag racing.

The Kraft family has been one of the most generous donors in the New England area and across the world in recent history. They enthusiastically support causes that benefits education, healthcare, youth sports, and issues impacting women and children. Robert Kraft currently holds several trustee positions to benefit the community, including the Dana-Farber Cancer Institute, the Apollo Theater, Carnegie Hall, and Boston College.