FIVE THINGS YOU NEED TO KNOW ABOUT POULTRY AND EGGS 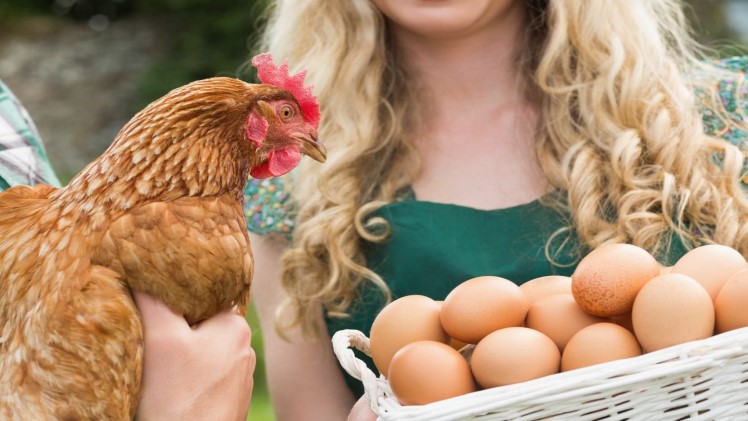 The Word “Natural” on Chicken Labels Is Meaningless Shopping for healthy poultry and eggs is among the most complicated, confusing adventures you can embark upon in the grocery store. On its website, the USDA has a glossary of terms appearing on labels that is twenty items long.

Here’s a partial list, along with some translations into plain English: “Natural” is meaningless—of course these animals are natural. “Fresh” means only that the poultry was never frozen. It has nothing to do with how recently it was slaughtered.

“Cage-free” doesn’t apply to birds raised for meat, only those raised for eggs. The chickens we eat don’t live in cages (though they may still be raised in nightmarish CAFO settings). “Free-range” suggests that the animals had some access to the outdoors but doesn’t say for how many hours each day or even whether they actually went outside or not.

This also doesn’t address what the birds were fed. “Antibiotic-free” is important, meaning the birds weren’t given unnecessary antibiotics or similar drugs just to make them plump. But this label says nothing else about the animals’ living conditions or what they ate.

“Arsenic-free,” like “antibiotic-free,” is good—believe it or not, chickens are fed arsenic to fatten them faster—but this also doesn’t tell us anything more. “Hormone-free” is totally meaningless because it’s illegal to give hormones to poultry (not the case for other animals we eat, however).

“Vegetarian” is deceptive because it sounds healthy— except that chickens aren’t vegetarians. They’re supposed to get some insect protein in their diet in the form of worms, bugs, and grubs, which they find outdoors by pecking in the dirt.

How Does Online Doctor Consultation Work?

3 Ways You can Reinvent Yourself with Drug Rehab Center